The PROFILER live and in the studio – the one stop solution 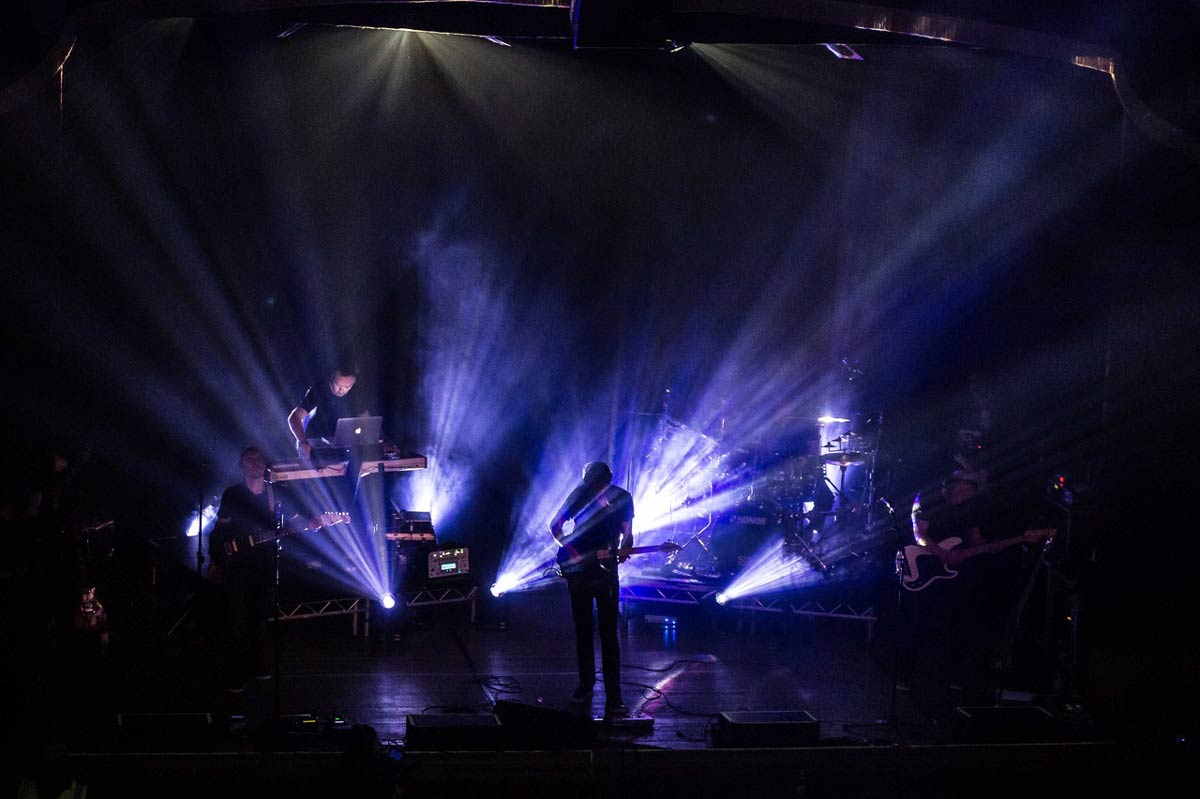 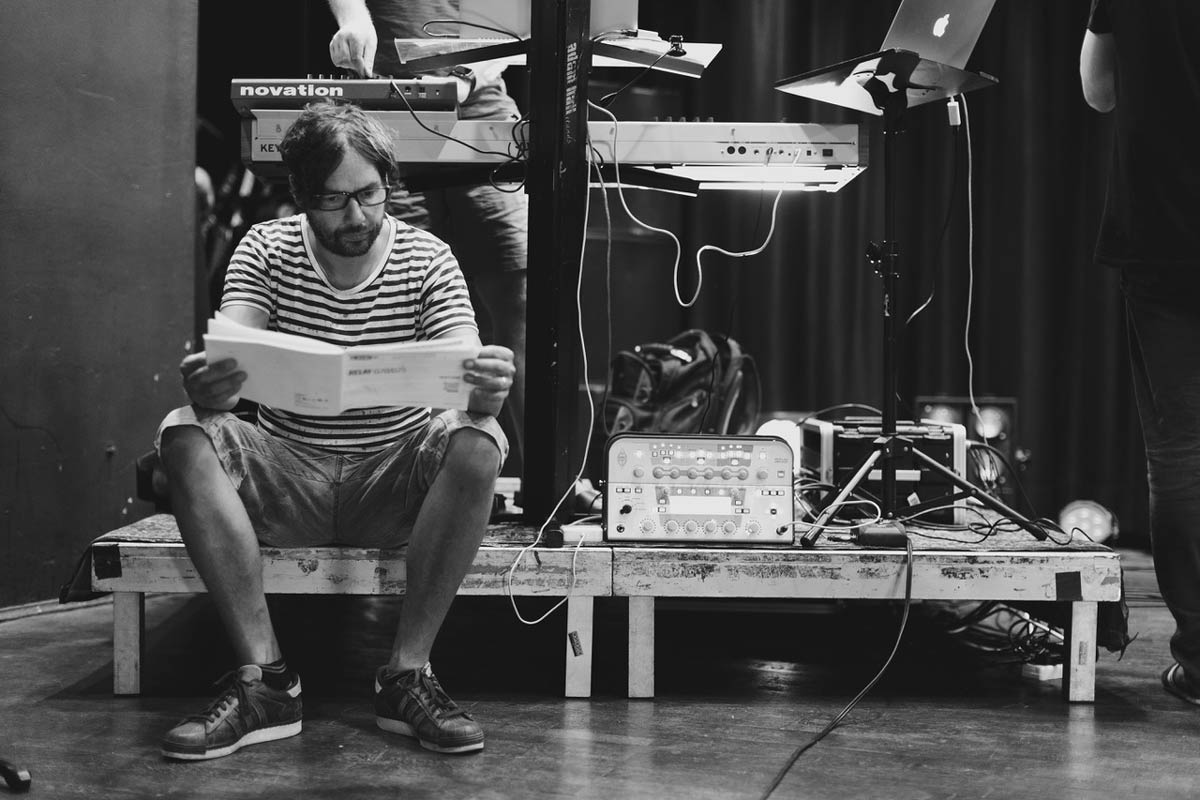 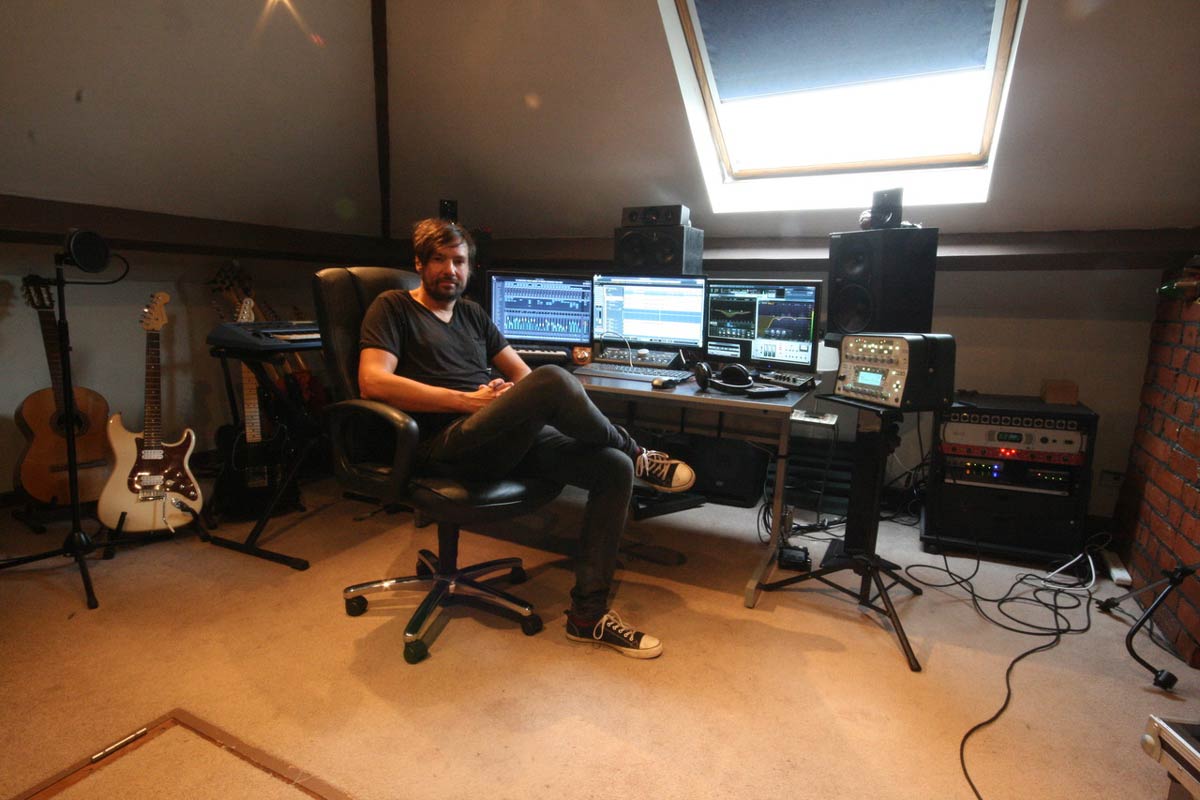 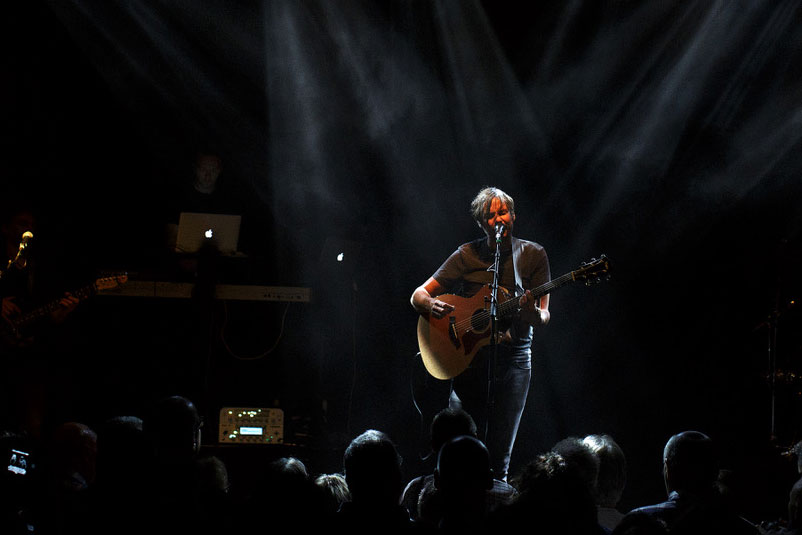 British Progrockers The Pineapple Thief have been around since 1999. With no less than twelve studio albums including this year's Dissolution, six EPs plus another six live releases, the band is currently being regarded as one of most interesting and innovative bands in the genre. Founder, main composer, guitarist and lead vocalist Bruce Soord runs his studio in Yeovil in southwest England doing mixes/remixes for artists such as TesseracT or Opeth. He also teamed up with Jonas Renkse for Wisdom of Crowds and released a solo album. Since his purchase of the KEMPER PROFILER™, Bruce established a real straight forward approach to his guitar sound.

When did you come across the PROFILER™?

I got my KEMPER PROFILER back in 2013. For years, I took a big stack out on the road. And every time we recorded an album, we had to book a studio where I could set and crank up my gear. In addition, you needed nice microphones to get the sound right. Now, the last three albums all used sounds from the PROFILER.

So you do not even record the amps in the studio anymore?

No, everything is done with the PROFILER. One of its beauties is that when you do demos or writing, the sound already has studio quality. Even if you jam around, you will end up with a take that could be used in the final mix.

Where did you get the profiles from?

I am not sure if I am different to other musicians. I didn't bother to profile my own rig.
I was well aware of the fact that I wouldn't be able to mic this up in the same quality as a high end studio could. I don't have rare ribbons or the large condensers for this purpose. In fact, I have some nice microphones, but these were mainly chosen to record vocals.
So I went to a UK based manufacturer of profiles which is called The Amp Factory (www.theampfactory.com). I bought a load of really well recorded profiles.
If you get a PROFILER it is a little like being in a sweetshop. You can have all the amps that you want and on the other hand you get a little lost. It took me a while to make my choice. Now I mainly use five profiles. The profiled amps are a hand-wired Vox AC-30, a Bogner Red (Ecstasy) for high gain rhythm and lead sounds which I sometimes boost with a Tube Screamer and a Bogner Green (Ecstasy) channel for the crystal clean sounds.I use about five stomps, like a Booster to get that screaming sound. They all come from within the PROFILER, too.
On my pedalboard, I tend to go left to right in terms of aggression. First slot is a nice clean Bogner Clean, followed by an AC30 Clean, a cranked AC30, the Bogner Lead Channel and a boosted version of it with delay for my solos.
On the top row of the remote I can punch in extra boosters – I mainly use the Tube Screamer model when I'm trying to get feedback off my wedge and need some assistance! Plus I have the odd Tremolo, Phaser and Delay effects here to be switched on and off if the song needs it. In addition, I use two pedals – one configured for Wah or Whammy (both sound brilliant by the way) and the other always for volume. Whenever we do dead stops on songs I always lift my guitar in the air and slam it down with the heel of the volume pedal to get a really clean end. If it fails I look like a bit of an idiot for sure!

Sounds as if the PROFILER is also your live choice?

Sure. I started using the PROFILER in the studio, but soon decided to take the unit to stage, too. My last rig was a Hughes & Kettner Triamp which sounded fantastic, but it was just so big. I tried smaller amps like the Tubemeister which also sounded nice, but still needed a cab which again needed to be mic'ed. Plus, I had to take all my pedals out.
I remember telling my plans to my FOH-technician and he was quite shocked and worried. However, after the first show he came to me, grinning, and said it sounded awesome. We never looked back since.
I don't use the PROFILER with an amp, but straight to the PA. In addition, I also send the monitor signal to a wedge on stage to get a little liveliness and feedback from interaction with the speaker if I need to.

So you use a direct signal for the FOH and to your monitoring system.

Indeed. We have a 32 channel Presonus digital desk in a rack on stage where all the line signals go. We split from here and we all can have a tailored monitor signal. The other good thing about the PROFILER is that rehearsals are a lot easier. The bass is DI, the vocals are DI, the keyboard sounds run out of Mainstage from the laptop and the Kemper is obviously DI, just like our second guitarist George Marios who uses a Line 6 Helix. Since we use in-ear-monitoring you can't hear anything except Gavin Harrison, our drummer. In short, the KEMPER PROFILER makes life so much easier – from writing to performing on stage. The only time I would probably miss to have a speaker would be for a jam at a really small gig. However, for the shows we play, I certainly do not miss a speaker on stage beside my wedge. Another fine thing with the PROFILER is that it is so easy to do gigs where you need to fly as a band. We'll be doing a US-tour this year, but one of the gigs is in Mexico City. I can simply take the PROFILER with me on the plane and have all the guitar amp tones I need.

Is there anything you use beside the PROFILER?

Currently, I use one of the chip-modded Behringer FCB1010 units to remote control the PROFILER, but I’ll consider getting the Kemper Remote because it is more designed towards touring. Having an Ethernet cable is more reliable and will also power the unit.

Do you work in stereo and will you add additional effects from the consoles?

The effect section in the PROFILER is so good and becomes better with each update. My whole sound comes from the PROFILER and it works in stereo of course. However, I am pretty sure, our FOH -mixer might add a few tweaks here and there on his digital Allen & Heath dLive that we take on every show.

I love the classic rock sounds from the seventies or the big fat overdriven sound of Van Halen. This was my approach for the driven sounds of the new album: Big solid and classic, but not scooped. There are so many bands in the genre out there going for a progressive metal sound. And I didn't want that. For the crunch sounds I wanted that 60's AC30 sound. It works great since I mainly play a Telecaster with humbuckers.

Do you adapt the sound of the PROFILER to the guitar?

It is not very often that I think about getting a different profile for a different guitar. The Gain knob usually does what I need. Occasionally I might also tweak the Treble and Presence. Generally, the few profiles I use give me all I need. It might happen of course that I look for a really different sound. For example, I tried a real dirty lo-fi-fuzz tone today, which I obviously couldn't get from my regular profiles. But it didn’t take me long to find a great profile using Rig Manager! But basically my PROFILER is like having a five channel amp on stage that consists of two different amps, the AC30 and the Bogner (Ecstasy). It wasn't like this from the beginning since there are so many amps to chose from, a JCM800 here and Mesa Boogie there. But over the years, I simplified my setup because I found myself always returning to these profiles.

Do you have a typical signal flow in the profiles you use?

For the AC30 sound, I have my Wah engaged as soon as I move the pedal. I also always have a booster, a Tube Screamer, a delay and some reverb in the signal chain. It sounds fine, feels great when I play and responds like a real amp.
I will use these effects to modify my basic sound as needed. For a couple of songs, I also have a phaser or a vibrato in place which I kick in and out. I have created performances for each of the songs we play live. These are also matched to the tempo of the song which is great for the delays.

Do you also run your acoustic guitars through the PROFILER?

I don't. I use a separate DI-box although the PROFILER can act like a nice DI-box. My issue is that the acoustic signal would get routed to the same channel of the FOH as the electric guitar which makes it difficult for our FOH-engineer, as he would have to remember to mute and unmute each channel depending on whether I’m using the electric our acoustic. Since the PROFILER offers two balanced pairs of outputs, I would like to see an option where I can select between these outputs with each performance and mute the other output pair. If this would be possible, I would just use the PROFILER with four outputs. That would make the PROFILER absolute perfection!