When the PROFILER came to his house, the only thing he did was profile his favorite JCM800 2203 from 1988. Compared to the original, he could not tell them apart! 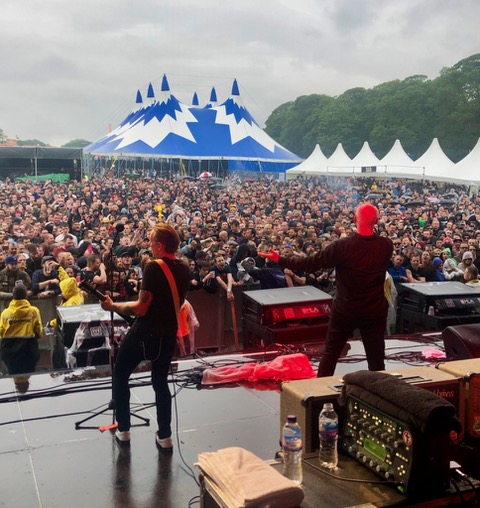 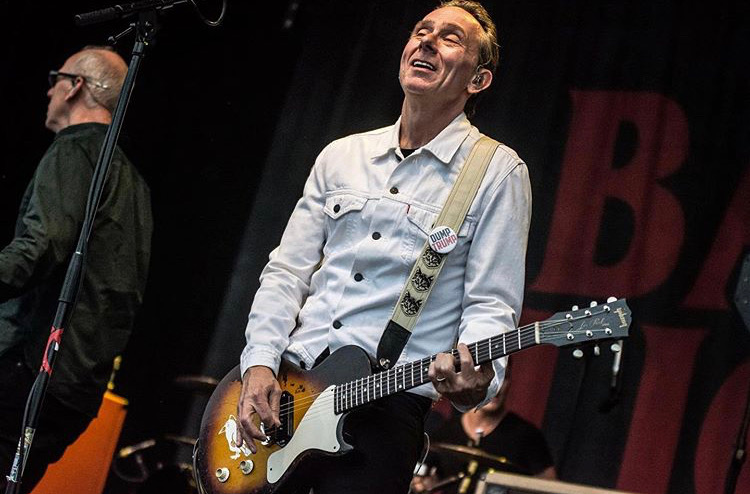 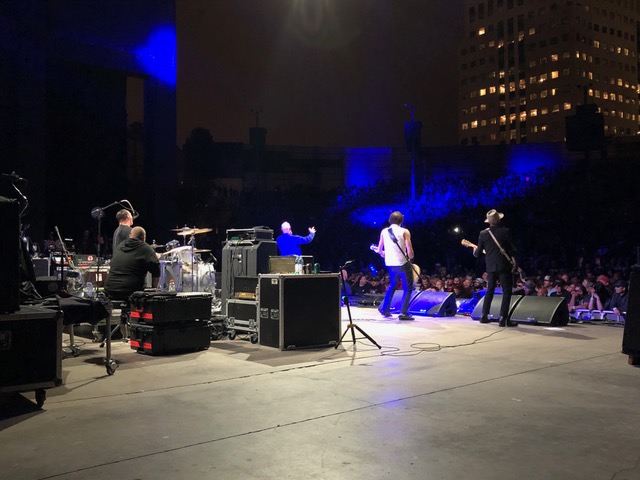 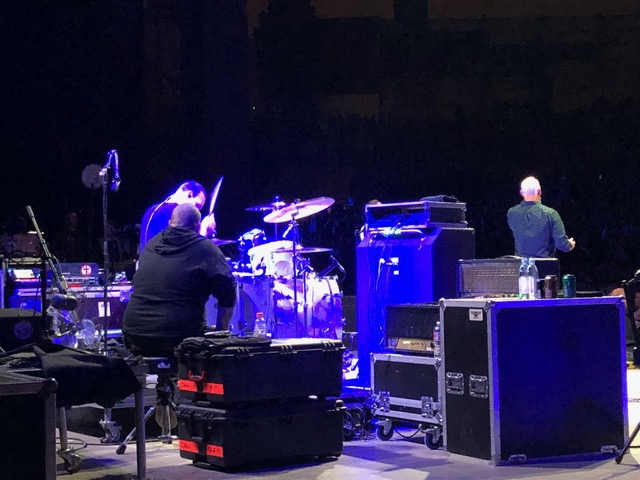 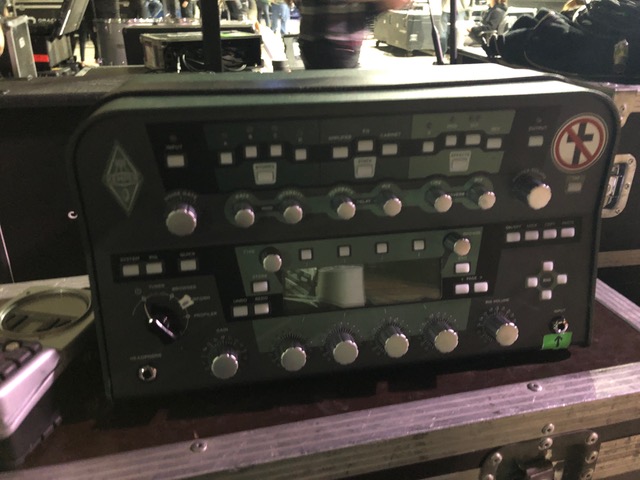 Bad Religion is a punk rock legend. Starting off as a quartet in 1980 in Los Angeles, the band has released no less than 17 studio albums, founding a unique style that combines fast punk/ hardcore attitude with melodies, harmony vocals and intelligent lyrics dealing with social and political nuances. Brian Baker has been part of the band since 1994 and has played and recorded with Minor Threat, Dag Nasty and Junkyard before. A while back, he switched to use the KEMPER PROFILER™ on stage. And the unit is now part of the current European concerts. We caught Brian on a day of in Madrid and found out that he may be the KEMPER™ user with the most straight-forward approach of all ...

When and how did you come across The KEMPER PROFILER?

I have been a Marshall guy for 38 years. For the last five years I’ve been using modded Plexi reissues, but I do have a pretty good collection of old master volume Marshalls. I have a couple of late 70s JMPs, a handful of old JCM800s and a few Silver Jubilees. And actually, I had never thought about changing until this one day ...


Tell me about it!

I am total gear geek and I had been searching for a modeling amp in order to take with me to countries where it was hard to get good rental equipment. Since we tour the whole world with Bad Religion, this is a necessity. We were going to go to Central America and I was having trouble finding reliable stuff for the trip. It was time to make a decision! I talked to Chris DeMakes of Less Than Jake, who I knew was playing Kempers. He told me on no uncertain terms that a Profiler was the answer. Since Chris is a good friend and a very good musician, I took his advice and arranged to get a unit. That was approximately two years ago.

What's your choice of Profiles?

Here's the story. When the PROFILER came to my house, the only thing I did was profile my favorite JCM800 2203 that I bought new in 1988. And when I compared it to original, I could not tell them apart! It was completely different than any modeling device I have ever tried. Actually, it was really confusing how good it was! How was this possible? I never even plugged the PROFILER into the internet or checked out any of the other sounds it came with! I had my amp and that’s all I needed.
I took the Profiler to Columbia, and it worked perfectly and sounded great that day, and for the rest of our tour. We flew back to the US and the first concert we played in the US was a festival. We had all of our American equipment at hand, including the two modded Plexi re-issues that I would play normally.
When he was running through line check, my guitar technician, Gavin Caswell, listened to my rig and recommended trying out the PROFILER instead. He hooked it up and we felt like "Why would we ever go back?".
The difference was unbelievable. The KEMPER PROFILER is quieter and most of all consistent. From that day forward I have been using the Profiler in addition to my Marshalls.

Did you work to tune that specific profile to perfection or to your guitars?

I have a little studio in my house, so I can be loud in the room which sounds nice. But no: I took only one profile when I first tried the unit. And that's still the profile that I will be using this evening.
My main stage guitar is­ a 1955 Gibson Les Paul Junior. It has one P90 pickup and is about as primitive as an electric guitar gets.
I love these old guitars and I have a couple of them, so there was one at my house when I did that profile. This means the profile was already tweaked for that instrument. And the PROFILER really reacts well to the pickup. The P90 is really noisy, it buzzes and you have to ride the volume constantly to hide the noise. But in the Profiler it is so much quieter. Even though it is the same sound, it seems to help with that 60 cycle hum that you get with a single coil pickup. And I don't even have the noise gate activated. It's brilliant!

Well, what happens live is that Ron Kimball, our FOH-engineer uses a direct signal from the Profiler in the house. I also get the direct sound of the unit in my in-ears. I have the PROFILER going into one cab and a Plexi going into another to get some stage volume and air moving for the rest of the band. To answer your question: I never tried to change anything since I heard this amazing direct signal.

Do you remember which cabinet you used?

Yes, it was a very old Mesa Boogie Rectifier cab which is supposed to have Celestion Vintage 30s in it. I never opened it up to check though.

Do you use any other external effects?

No effects, no pedals, nothing. Actually, I do have two sounds - for my clean sound I turn down the volume pot on the guitar! The Marshall profile has enough gain so I do not need a boost or overdrive. Plus, my favorite 2203, the one I profiled, is a really good one. It just sings. They are all different as you know. And this one has the perfect combination for me. Gain has never been a problem at all. Our sound is not overly distorted, so it works out well. But I have to mention that our FOH-engineer adds a few effects here and there in the house to mimic parts of the album productions.

And there is no need for a remote control with one sound!

I don't even play wireless. I still use a cable.

It is so awesome: You have a programmable amp and use just one sound!

This is because the quality of the sound is so great. And to get this straight: I have been interested in modeling amps for years. I tried Line 6 stuff, I checked out a Fender, I played around with Fractal Audio Axe FX, but none those would work for Bad Religion in a live situation. The PROFILER does and it moves air. It is uncanny. It is hard to describe but I never heard anything like it and am so glad I found it. It really translates the sound and dynamics of my playing.

Would you consider using the Profiler in the studio?

We recorded our new album, Age of Unreason, last winter. It’s all old tube guitar amps on it. Next time I would still bring my Marshalls but I am willing to try out the PROFILER to see what it does. I am unsure if I would be willing to break away from tradition in the studio though. The Profiler is so excellent live because of its consistency. It is so important that your sound is the same every day and you do not have to worry about mic placement or the humidity which would affect the sound of the cabinet. None of this. On the other hand, the studio is a different and really controlled environment. But I am willing to experiment. I have fallen in love with the sound and will certainly give it a shot.

Plus, if you use real heads, you can always take another profile and bring that sound to stage!

Yes, definitely! I know what the unit is capable of, but I just haven't done it (laughs).

The ONLY thing that I find different from my original amp is: It is harder to get (controlled) feedback with the KEMPER. It will feed back of course, but I need to be in just the right place to get it really howling. I’d like to be able to make noise all over the stage. Until then I have a good system in place. It’s a piece of tape on the floor where I need to stand to get the noise going. High tech as always!

Will we see you in more European cities soon?

Sure. This is only our first trip to Europe for the new album. But we will be back, hopefully within the next six months.