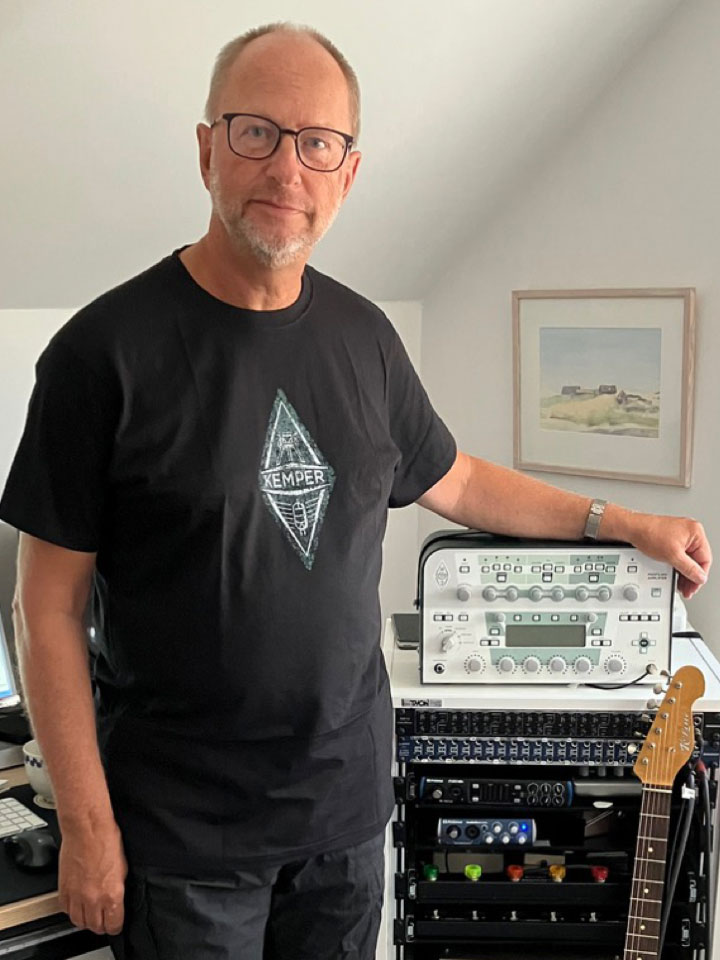 Mats Nermark is a composer, guitar player and recording musician.

His main musical influences are from the 80s in Los Angeles and include Michael Landau, Steve Lukather, Larry Carlton, Lee Ritenour, Dann Huff as well as Casiopea from Japan and Mezzoforte from Iceland. That’s also where he draws his inspiration regarding guitar sounds.

But he has also been a synthesizer programmer/player since the 80s so occasionally he wants his guitar sounds very ”unlike-guitar”.

Always preferring recording from the control room since he got his first Rockman in 1986, he only recorded direct. Getting the chance to access one of the very first KEMPER™ amps over 10 years ago, his sound has been solidly centered around the KPA.

All of this is reflected in this rig pack where he have profiled everything from affordable to very expensive and quite rare tube amps and also some electronic equipment not usually seen in guitar rigs like synth electronics, old radios and weird and unusual fx combinations.

Check out the tones, there is eclectic combined with the classics.