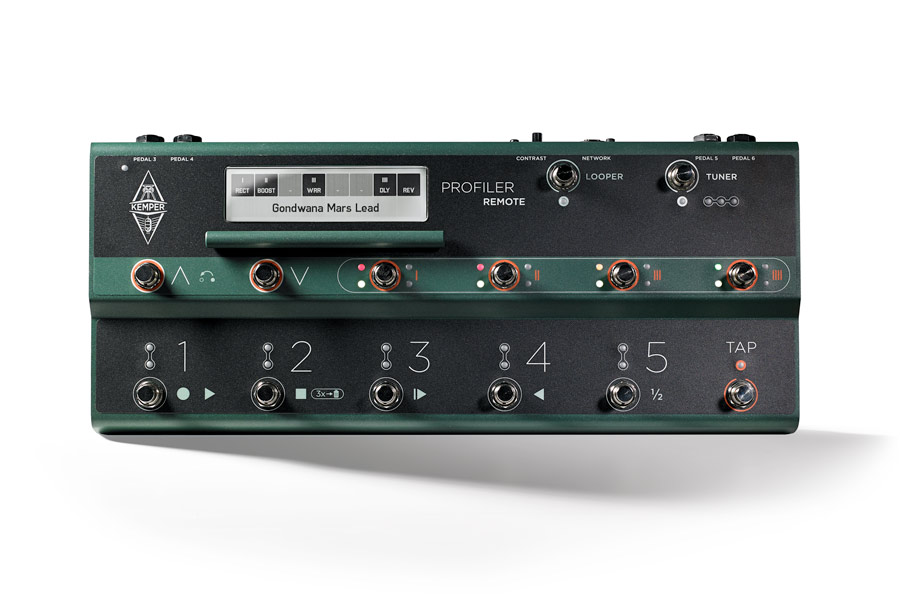 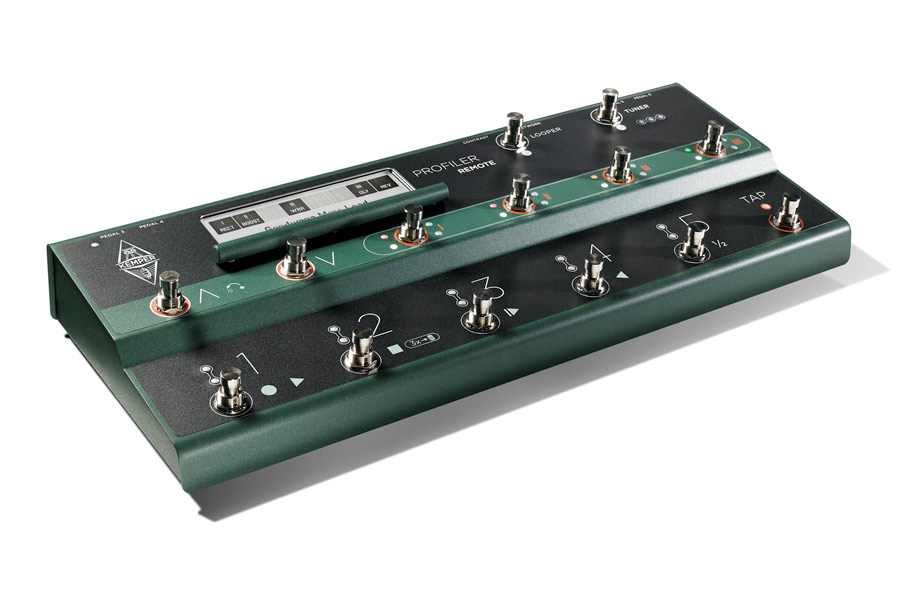 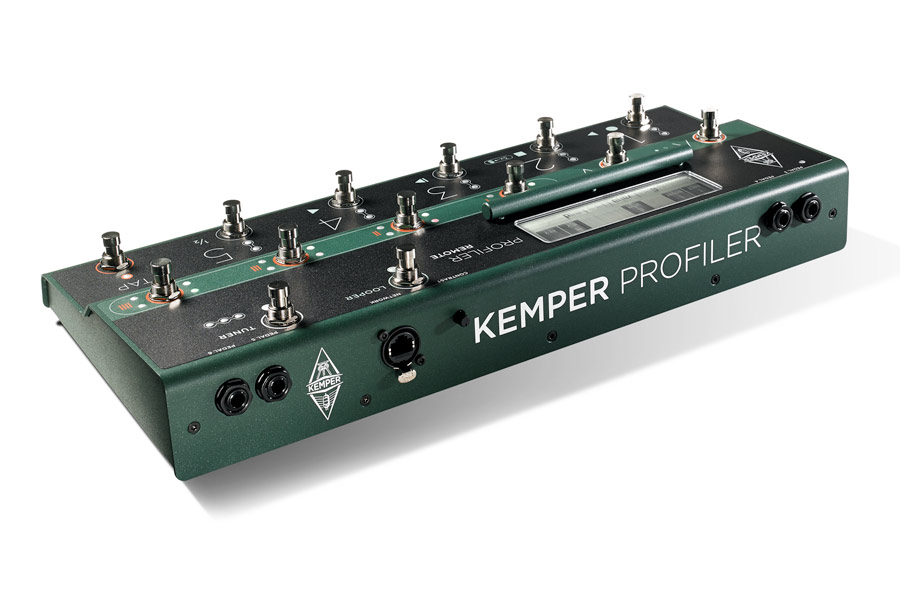 Kemper GmbH/ Ruhr Area, Jan. 12th, 2015 (ictw) – Kemper GmbH today announced the new PROFILER Remote™ for the acclaimed KEMPER PROFILER™ to be available in Q1 2015.
The PROFILER Remote is the perfect remote foot controller for the KEMPER PROFILER, fully integrated with the PROFILER hardware and software. This integration includes phantom power supply from the PROFILER, a display to reflect important information about the current working mode, connectors for additional pedals and automatic maintenance during firmware upgrades.

One to rule them all – Rigs, FX and much more

The PROFILER Remote is a unique remote foot controller that goes beyond the obvious and established concepts. The tight integration with the excellent features of the KEMPER PROFILER make this combination the most powerful and inspiring performance solution ever while keeping it simple and straightforward in terms of programming, assigning and operation.

Well designed in a sturdy metal housing complimenting the look and feel of the PROFILER the PROFILER Remote connects via an included 7 meter/ 21 feet long Ethernet cable and draws its power from the PROFILER, no extra power supply needed. The PROFILER Remote features 4 direct connectors to hook up your favorite pedals to control continuous controllers like WahWah, Gain, Volume, Delay Level, Delay Feedback, etc.

The buttons on the PROFILER Remote provide direct access to 5 program patches (Rigs), patch bank up and down, permanent Tuner with three LEDs, 30 sec. stereo Looper, Tap Tempo that also drives the unique real time Beat Scanner and an all time direct access to effects assigned to the current patch with the dedicated Effect Buttons. The current status is visually represented on the Remote’s display.

These four dedicated buttons can be freely assigned to switch on/ off stomps and effects. They can also trigger special features in certain effects. Their respective assignments and their on/off status are stored per Rig. Each button can also be assigned to multiple effects. Assigning the Effect Buttons is simple and straightforward: Simply by pressing the module button on the PROFILER and the respective Effect Button on the Remote simultaneously.

Connecting up to 4 expression pedals and/ or external switches

The PROFILER Remote offers four TRS-sockets named to connect expression pedals. If there is the need for additional switches, mono and stereo switches can be used with these sockets, too.

The LOOPER button activates the new Looper function of the PROFILER for recording up to 30 seconds in stereo. When activated the Looper turns the Bank Up/ Down and Rig Buttons on the Remote to versatile Looper controls:

The PROFILER and the PROFILER Remote communicate with each other via an Ethernet cable. The cable included in the PROFILER Remote package has been carefully selected, and is perfectly suited for this purpose. KEMPER have included a Neutrik® etherCON® cable connector carrier which ensures a robust connection. For the use on bigger stages and using multiple Remotes for the PROFILER it is possible to use additional powered Ethernet switches. This way, distances of more than 100m (300ft) can be bridged.