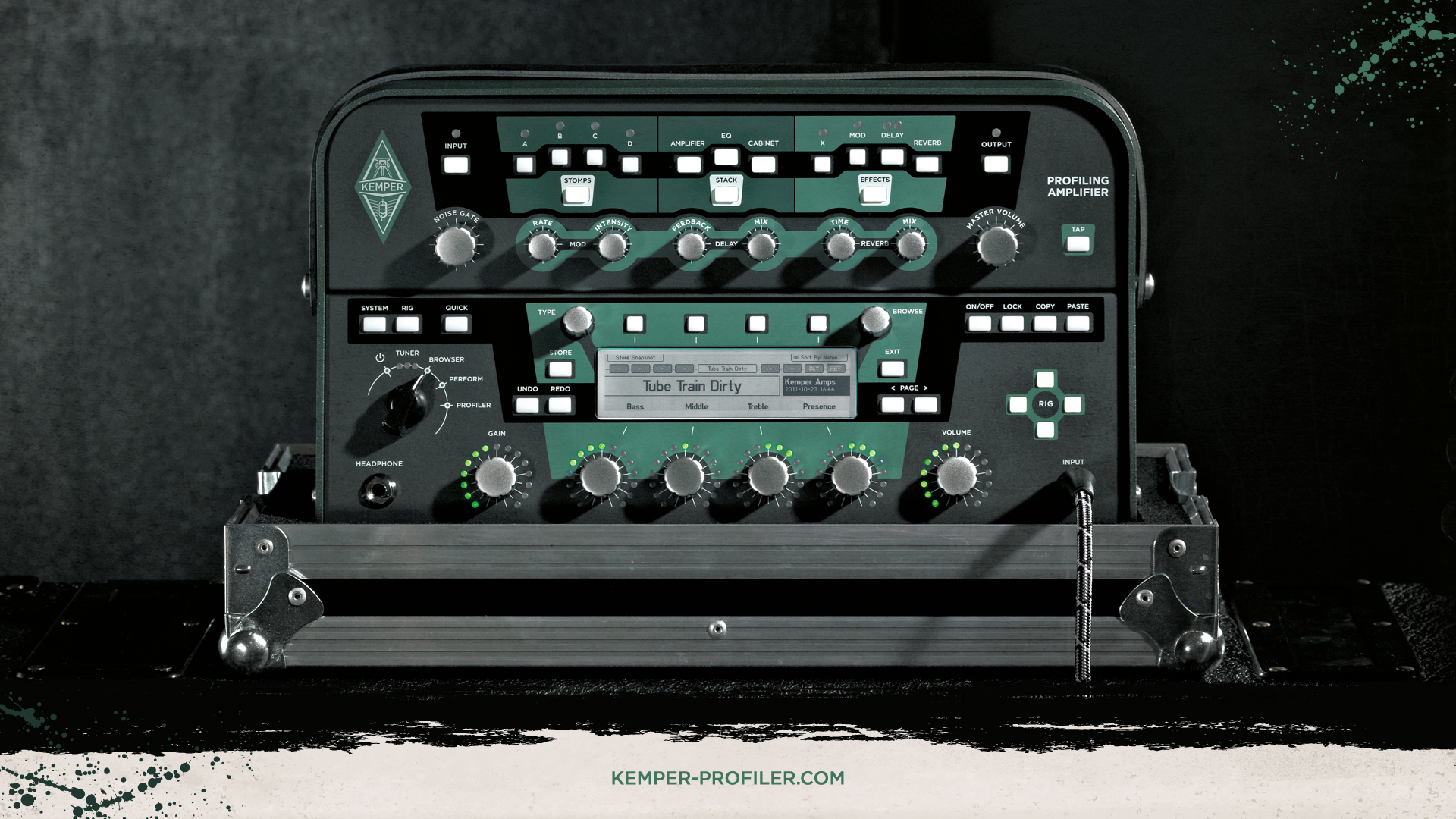 The PROFILER PowerHead adds a built in 600 Watt power amp to the KEMPER PROFILER™ concept and turns the former recording solution into the most versatile guitar amplification system ever. Utilizing the KEMPER CabDriver™ mode, guitarists now have the choice of playing through regular guitar cabinets or full range monitor systems. This makes the KEMPER PROFILER PowerHead™ the complete solution for the studio, the rehearsal room and the stage.

The 600 Watts Class D amplifier is carefully selected for the guitar amplification system to guarantee utmost performance. After extensive listening tests, a lot of measuring and looking thoroughly at the typical sonic behavior of power amps for guitar amplification on the market it became clear that only the best components are capable of delivering impressive results.

Many touring musicians have been consulted and now the PowerHead is ready to rumble at the NAMM Show. Visitors can play the amp at the booth in conjunction with a choice of cabinets: A classic 4 x 12” standard guitar cabinet, a 1 x 12” guitar cabinet, and a selection of full range solutions. The amplifier delivers 600 Watts at 8 Ohm, 300 Watts at 16 Ohm, does not heat up (temperature can be monitored on display) and is lightweight. The size of the Kemper Profiler remains exactly the same, the backside is completely covered now.

The KEMPER PROFILER PowerHead will be available some time after NAMM and retails for Euro 2100,- and USD 2730,- .