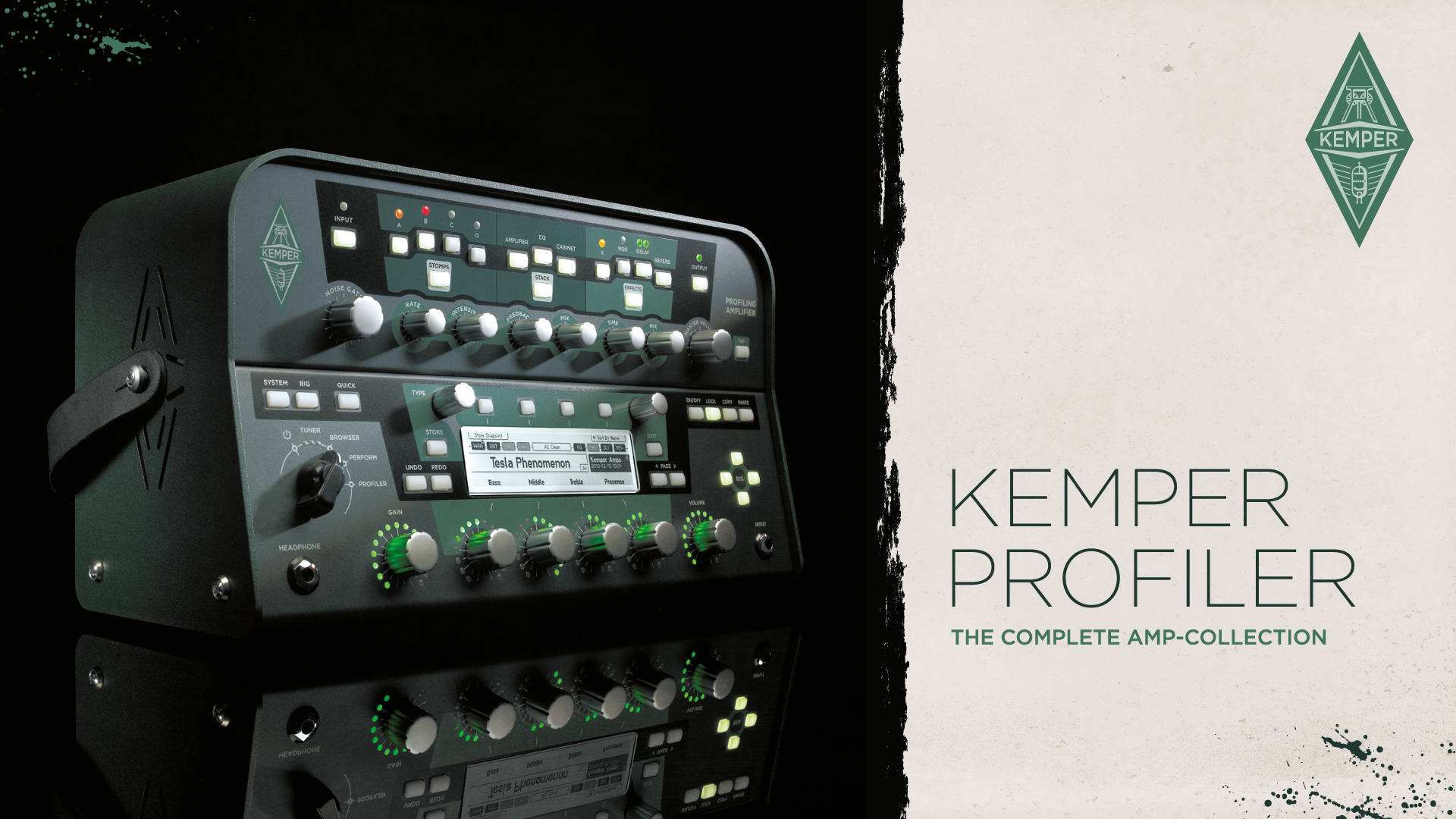 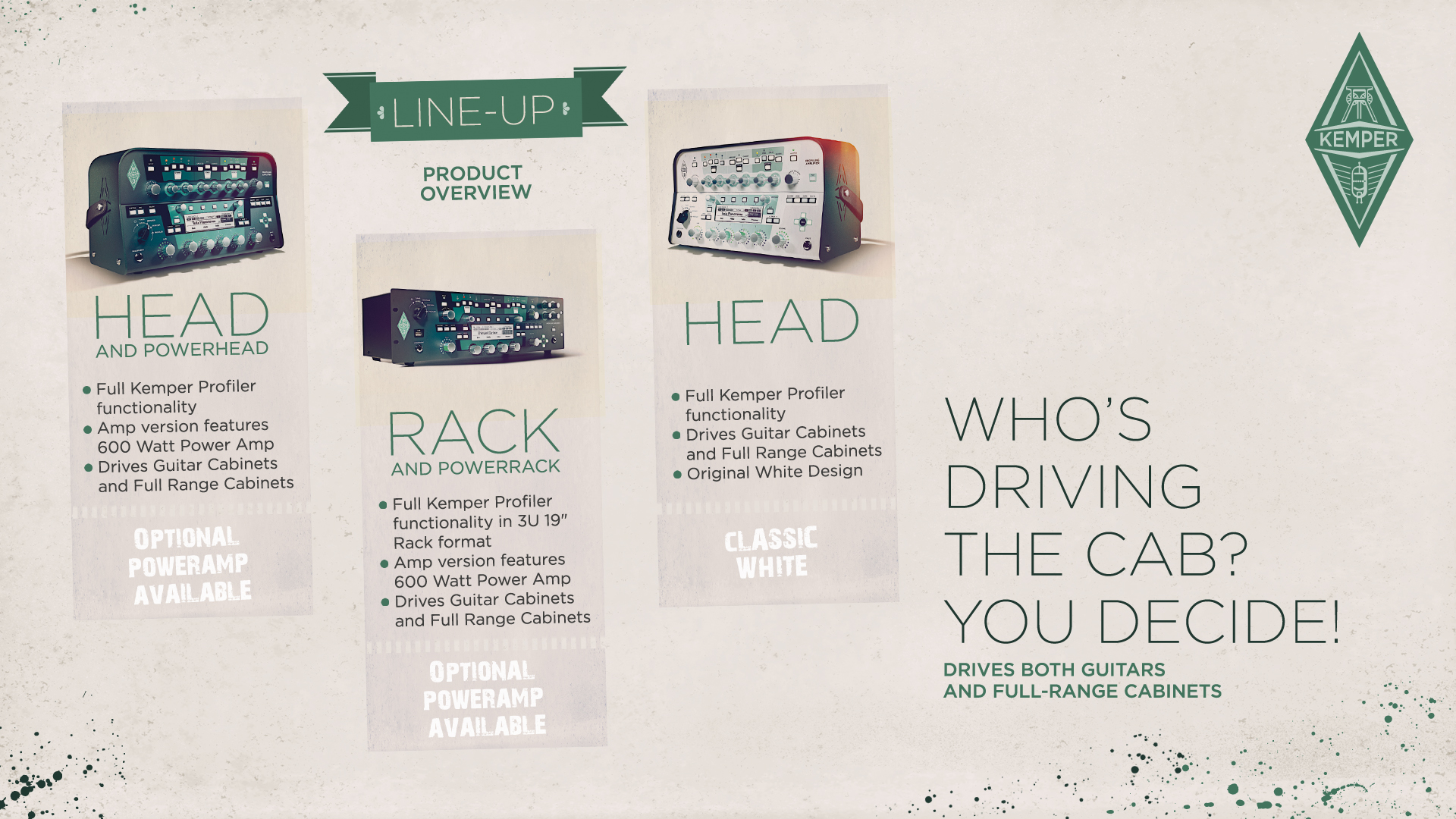 Kemper GmbH/ Ruhr Area, April 5th, 2013 (ictw) – At booth J04 in hall 4.0 KEMPER™ present the new versions of the KEMPER PROFILER™: The Head, Rack, PowerHead™ and PowerRack™. Also visitors can check out the new pitch shifter effect which will be released with a new OS version later in Q2.

And of course the most versatile guitar amplification system ever: The PROFILER PowerHead contains a complete collection of personal amps and also the finest amps of incredible guitarists the world over – renowned guitarists and studio cats who do nothing other than fine tuning the recording room, the mic position and the finest recording signal chains for the richest tone possible. Ready to go from Nashville via London to LA. From country via Fusion, with a quick stop at Alternative to Metal.

What’s more, the PROFILER PowerHead with the built in 600 Watts @ 8Ohms Class D amp drives any possible speaker configuration from straight forward guitar cabinets to monitor speakers and simultaneous stereo feeds for FOH. The perfect solution for rehearsal room, the studio and the stage.

Regarding the possibility of upgrading a non powered KEMPER PROFILER with the new power amp KEMPER issue the following statement: „After researching the possibilites handling an exchange program we had to realise that all the units would loose their safety certificates for electrical devices. This is why KEMPER offer a rebate for all registered owners of non powered PROFILER Heads and Racks purchased before April 9th, 2013. Registered owners can order a powered version from the KEMPER online store with a rebate of Euro 300,- USD 380,- and CAD 380,-. Each serial number is vaild for this rebate only once! This offer will be in place until December 31st, 2013. The corresponding order form will be available as a download from the website.“