Previewing new reverbs, meeting a lot of great people and an extra thank you to the Tone Junkie 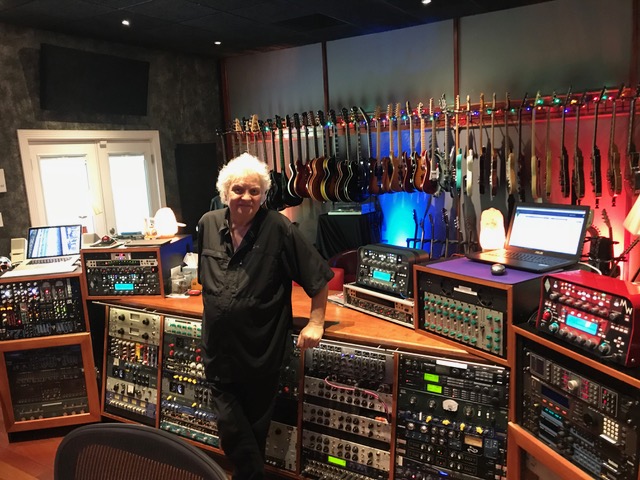 Michael Wagener at his Wireworld Studio 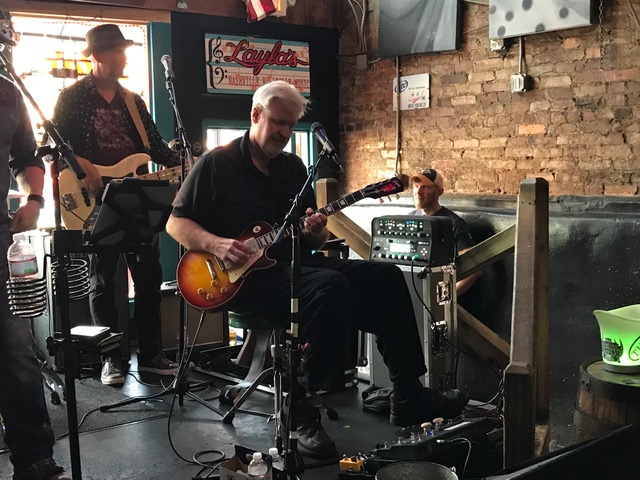 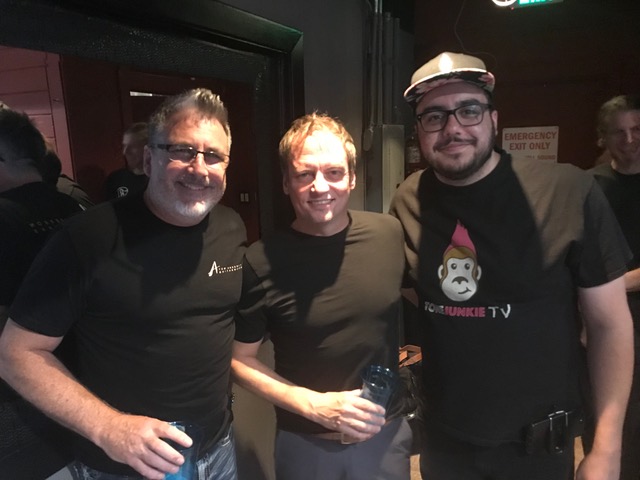 Michael Britt and Christoph and HW, The TONE JUNKIE at British Audio Service 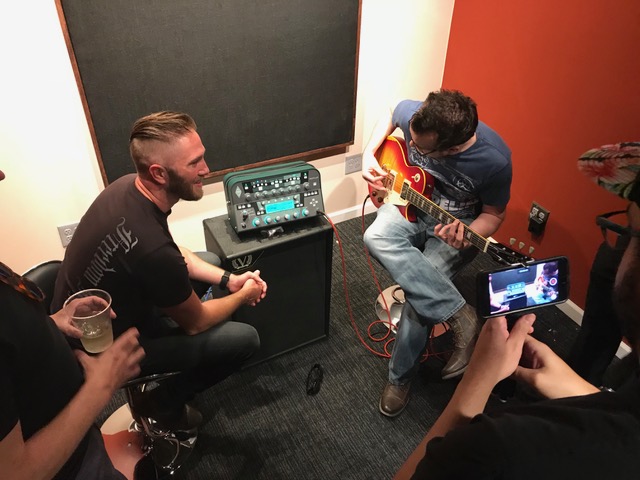 Everyone’s crazy about the new reverbs 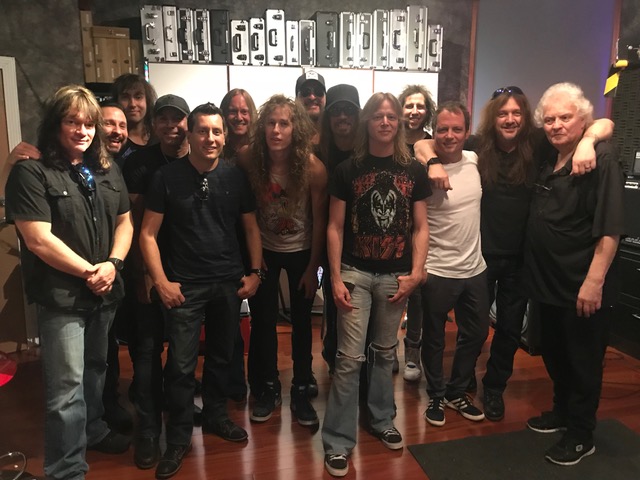 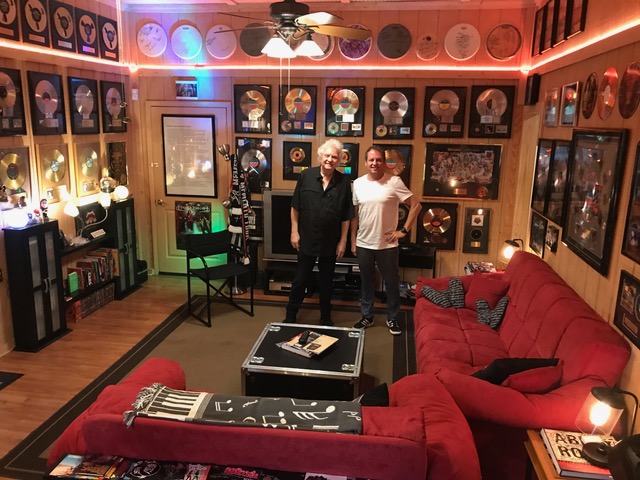 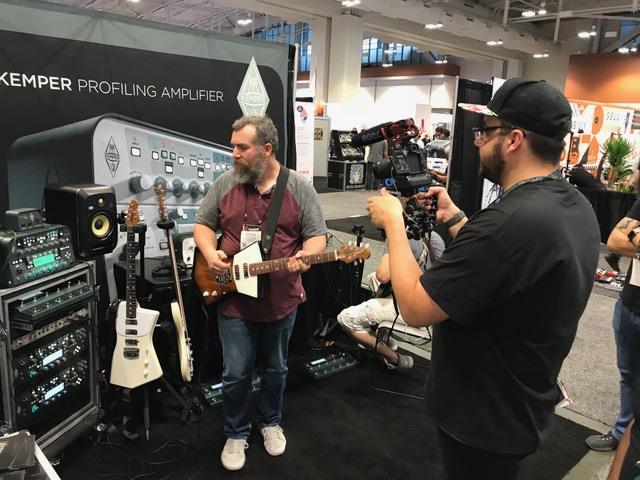 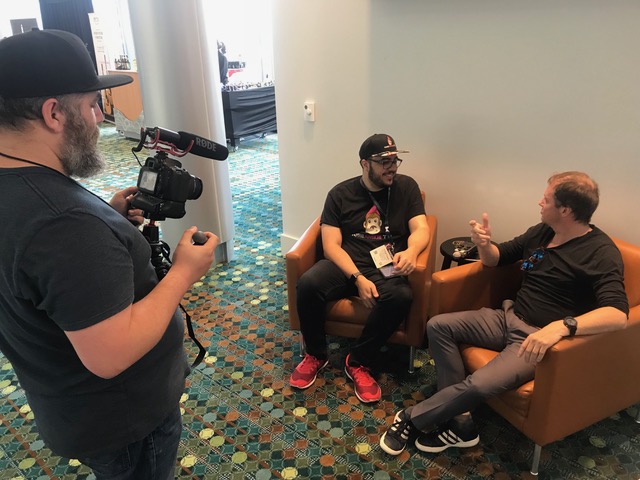 The Tone Junkie shot an interview with Christoph 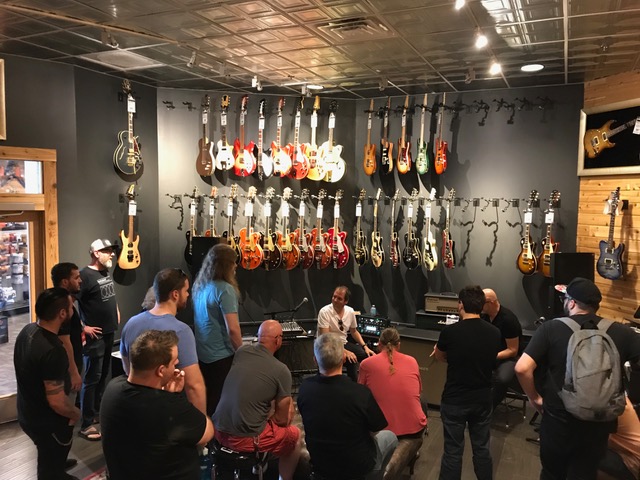 When we planned our Summer NAMM 2018 attendance it was clear from the beginning that it would be a great week with a lot of music and great people but we did not expect this to be as great as it turned out to be in the end.

And this has nothing to do with us, this is to you! All the friends out there who are so enthusiastic about the PROFILER™ and about the electric guitar!

The week started with a visit at Michael Wagener’s Wireworld studio in Mt. Juliet. We learned more about his career, mixing Metallica, his approach to recording guitars these days, his process for getting a great snare sound: change mic, change snare, change drummer!

And we discussed the final details for the upcoming "metal summit" at his place with Christoph Kemper, coming up on Wednesday.

It has been 7 years that we had shown the PROFILER at Summer NAMM in August 2011. With the help of your good friend Michael Elsner we were able to show the PROFILER to some Nashville guitarists prior to the show and start the first grassroots promo in the city. So it was especially great to meet with Michael again and learn how much of a successful producer and composer he has become. And also to learn from him how things go in Nashville.

British Audio Service – A music store with highly regarded repair services. Q&A Session with Christoph Kemper in the evening. What a big night out this became. The team at BAS had worked really hard to not only complete the video studio for the Q&A Session and video streaming, they also showed us the finished profiling shack, directly connected to the studio. And of course, Christoph signed it. Apart from this, all things went uphill from here. An enormous crowd showed up for the show, a lot of questions were asked, Michael Britt was there, the Tone Junkie showed up and shot some video so we were talked into previewing some of the new reverb effects and there were food and drinks and the great team of BAS and it was a long night with a lot of great conversations. Thanks to BAS again for this amazing support and your hospitality!!

Setting up the booth on the show floor and off to Mount Juliet again to Michael Wagener’s Wireworld studio. Christoph met with guitarists from the metal side of things to discuss tone, PROFILING™, workflow, touring setups and a lot more with Michael Wagener, Dave "Snake" Szabo and the likes. It was great to see how much enthusiasm and sharing between players and the maker filled the room with energy.

[email protected] day 1. Trade show as usual. It was great to check out all the new Gibson guitars across the aisle. They were all in perfect condition, this is amazing as we had some mixed experiences with the big G before. The price point seems to be pretty challenging though. At the booth, we had two beautiful St. Vincent MusicMan® guitars at the booth - a white lady, and a sunburst model. These play great. A lot of friends dropped by. The Tone Junkie shot a long video with the new Evolution Reverb presets (preview).

[email protected] day 2. Trade show as usual. No! Apart from the typical flow of visitors, we had our friend Thomas Blug of BluGuitar® and Christoph Kemper walk over to Broadway and join the Paula Jo Tayler "Mama Tried" band at Paradise Trailer Park for an impromptu jam. This was a lot of fun.

[email protected] day 3. Trade show as usual. The Tone Junkie shot an interview with Christoph. More visitors, and Christoph at the A3E Exchange panel on the future of the guitar. The show ended early and we were pretty quick with teardown.

The second Q&A Session with Christoph took place at Guitar Center Nashville. After we were awed by the elegant and kind of pricey guitars in the room we quickly got a great sound dialed in, reached out for a Duesenberg Caribou guitar to get some spring reverb seasoned modern twang going and started answering questions and go over the latest additions to the PROFILER OS as well as getting a guitar cab set up. With the wet, dry, wet feature we send just the FX to the PA while sending the amp dry to the cabinet – a perfect setting for rehearsal rooms. Again, the new reverbs had a jaw-dropping effect and everybody left after 90 minutes with a lot of things learned.

In the evening then, the team treated themselves with some vintage arcade games after a very eventful week. Thank you, Christoph, Matt, and Philip!!!