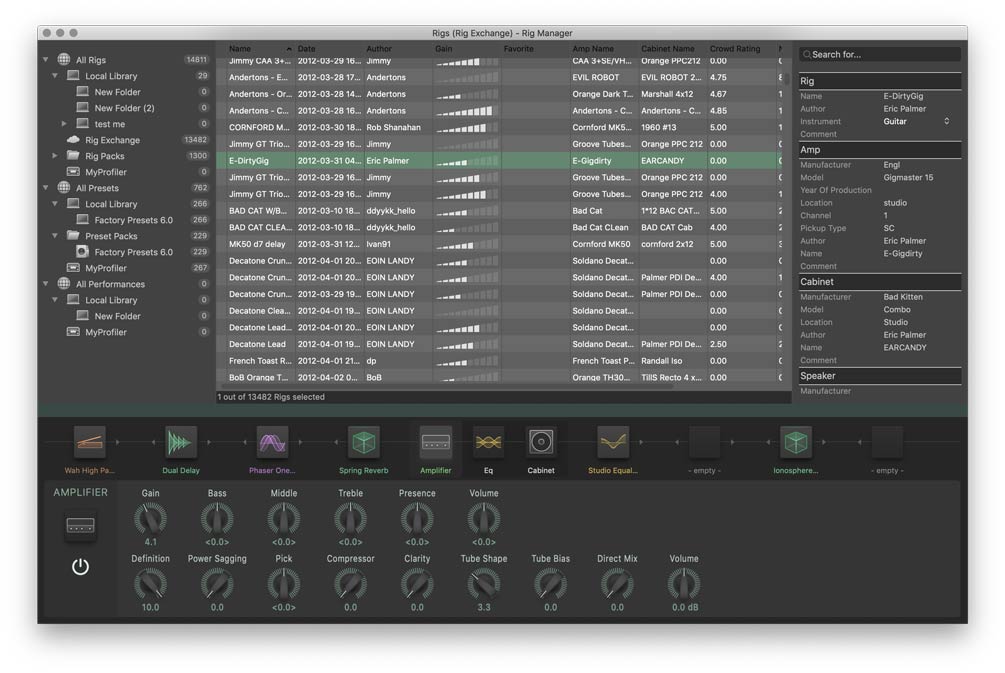 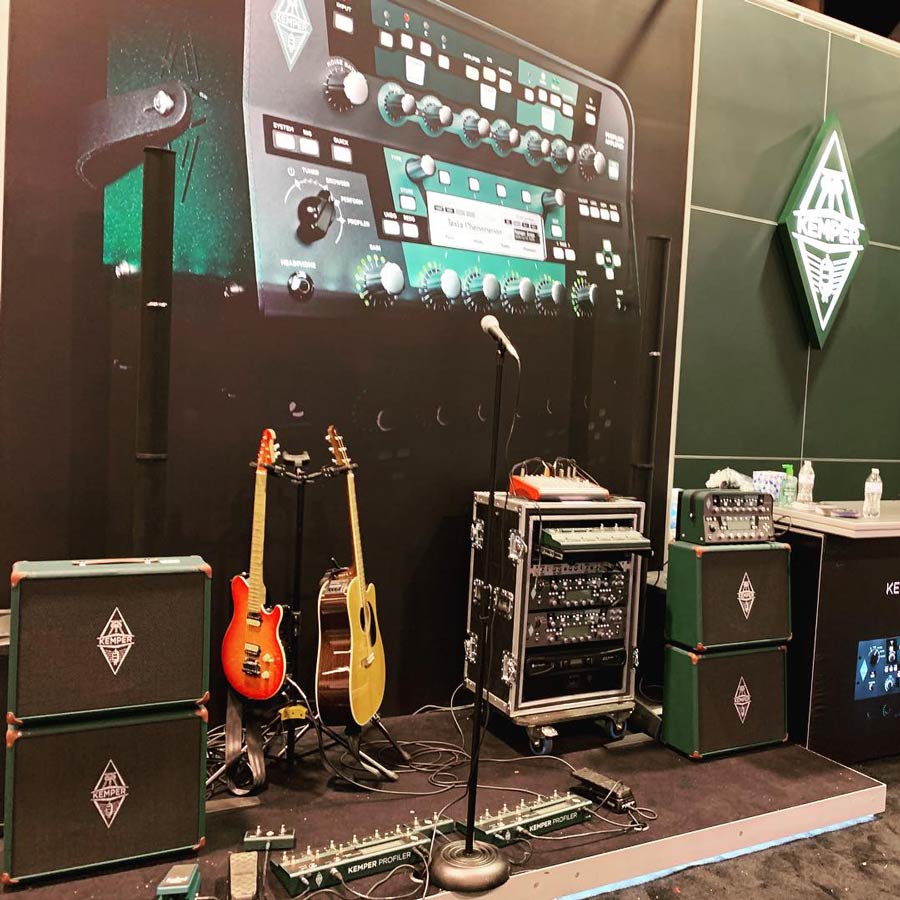 The Kemper Kabinet at NAMM 2019 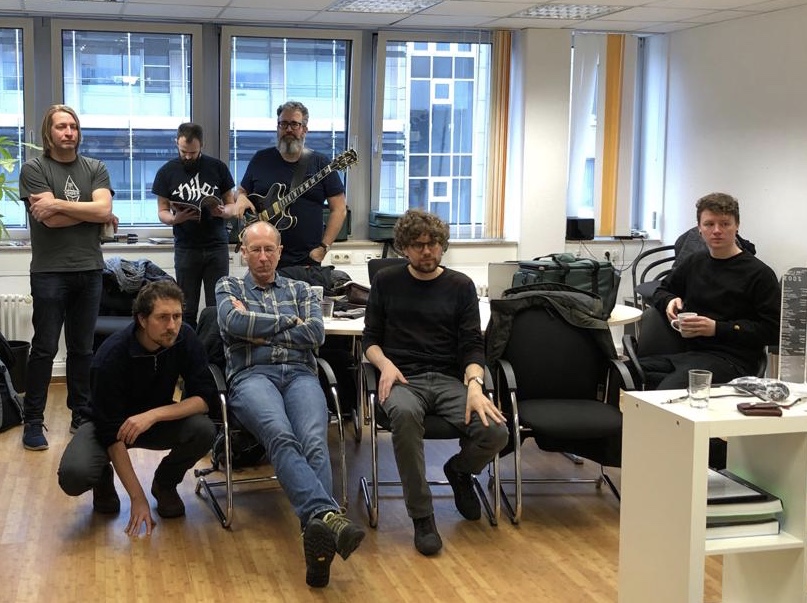 The Kemper Team spent a lot of time with thorough listening sessions, evaluating the speaker imprints 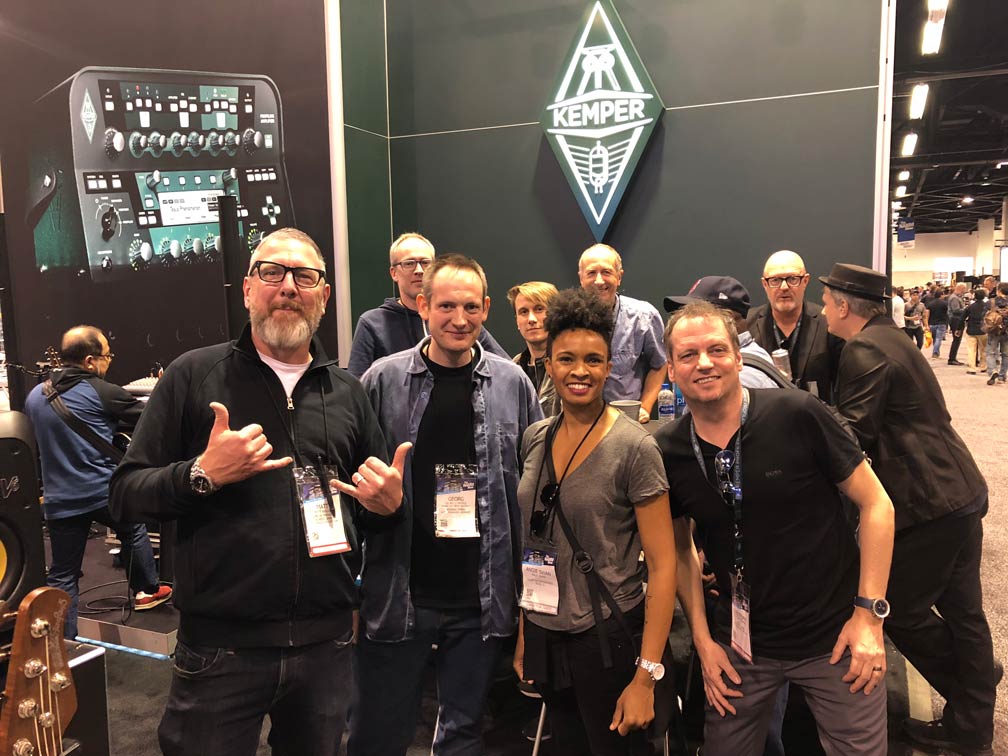 NAMM Show 2019 is over and it was a great one. We had quite some things to show and were keen on getting feedback regarding them and of course it was great to meet so many people and get such great feedback from the media as well!

For the first time ever in public, we had the new cabinets with the Kemper Kone system with us, we also previewed the new PROFILER OS 6.0 with new UI and also 2 new reverbs and last but not least the highly anticipated PROFILER Editor.

The Kemper Kabinet and Kemper Kone

A choice of 16 different Speaker Characters for one Speaker Cabinet

The Kemper Kabinet has been developed during the last two years, especially for the KEMPER PROFILER™. The Kemper Kabinet is a combination of a distinct Loudspeaker (the Kemper Kone) and an extensive speaker tone mining technology developed by Kemper making it possible to digitally „imprint“ various speaker characteristics onto one single cabinet.

The Kemper Kone is a 12“ full range speaker which is made by Celestion and exclusively designed for KEMPER™. It is controlled and driven by the KEMPER PROFILER’s DSP to an ultra-linear (full range) frequency response, using a dedicated DSP algorithm. In contrast to the conventional idea of a full range system, the radiation pattern of the Kemper Kone has been narrowed towards the physics of a classic guitar speaker chassis, so that even the full range sound carries a distinct guitar speaker character, unlike regular PA speakers or monitor speakers.

By simply activating the PROFILER™’s well-known Monitor CabOff function the Kemper Kone is switched from full-range mode to the Speaker Imprint Mode, which then exactly mimics one of 16 classic guitar speakers. The sound of these imprints should not be mistaken with the mic‘ed cabinet simulations of a Profile. They rather bring back the good old “amp-in-the-room” sound.

Among the imprints, you will find the finest choice of well-known guitar speakers from Celestion™, as well as rare and particular speakers from other manufacturers like Oxford or Goodmans Audiom. We think of adding more speaker imprints via a future software updates.

Since the intelligence of the speaker lies in the DSP of the PROFILER, you will be able to switch individual speaker imprints along with your favorite rigs, without needing to do extensive editing. Whenever you switch to a full-range sound, for an acoustic guitar, for example, the Kemper Kone will switch to full-range mode automatically.

Music that is fed into the PROFILER through the Aux Input will be played back in full-range mode, even when you play your amp with a Speaker Imprint, both at the same time.

The Kemper Kone can be driven by the power amp of a PROFILER Head or Rack, as well as by utilizing any external solidstate power amp. Even driving two cabinets in stereo is possible.

Due to the digital features, the Kemper Kone and Kemper Kabinet work exclusively with a PROFILER.

In addition to the passive model of the Kemper Kabinet, we have plans to offer an active Kemper Kabinet as well. Further, we will offer the Kemper Kone as a replacement speaker for any regular kind of 1x12”, 2x12” or 4x12” guitar cabinet. All digitally controlled features are applicable to all kinds of cabinet configurations once the Kemper Kone is driven.
Pricing and availability yet have to to be announced.

We were really thrilled to learn again how many artists are playing the PROFILER now at home, in studios and stages the world over. Especially cool was to meet Angie Swan, guitarist with David Byrne of Talking Heads fame and learn about their PROFILER touring rig.

A huge thanks to the Kemper team and all the visitors! See you soon!