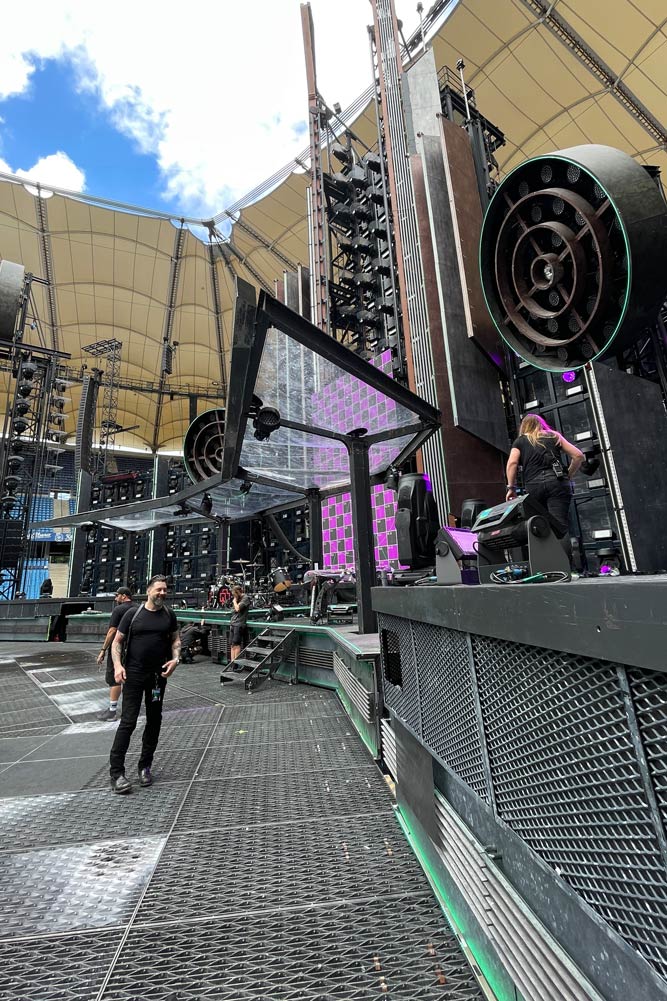 On the right side the grids covering the 4x12“ cabs 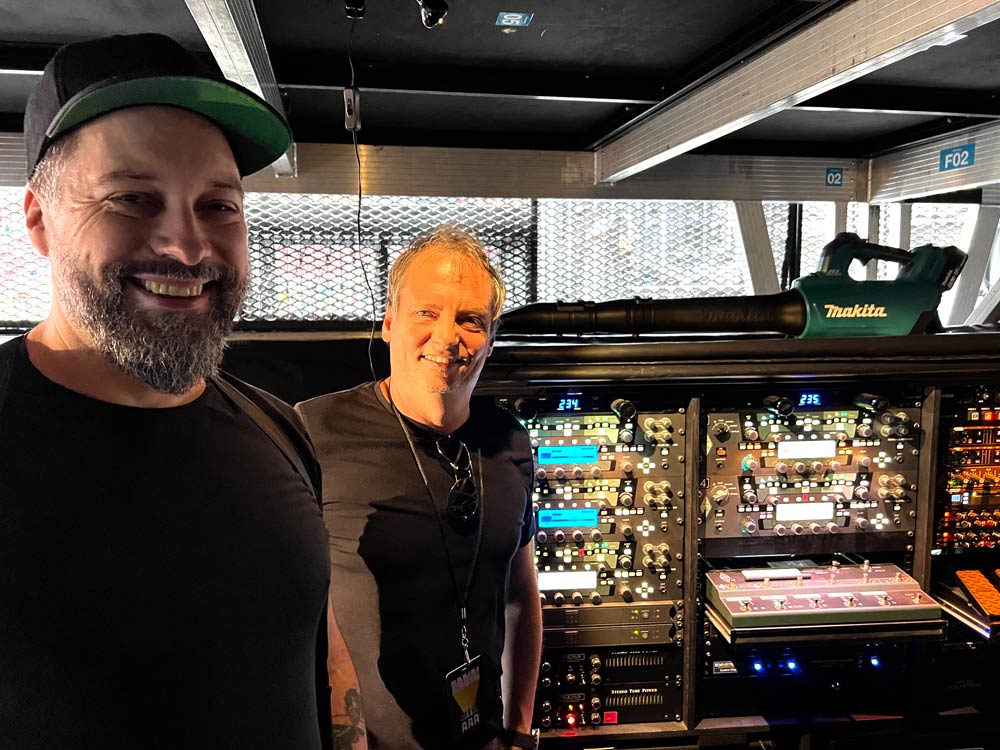 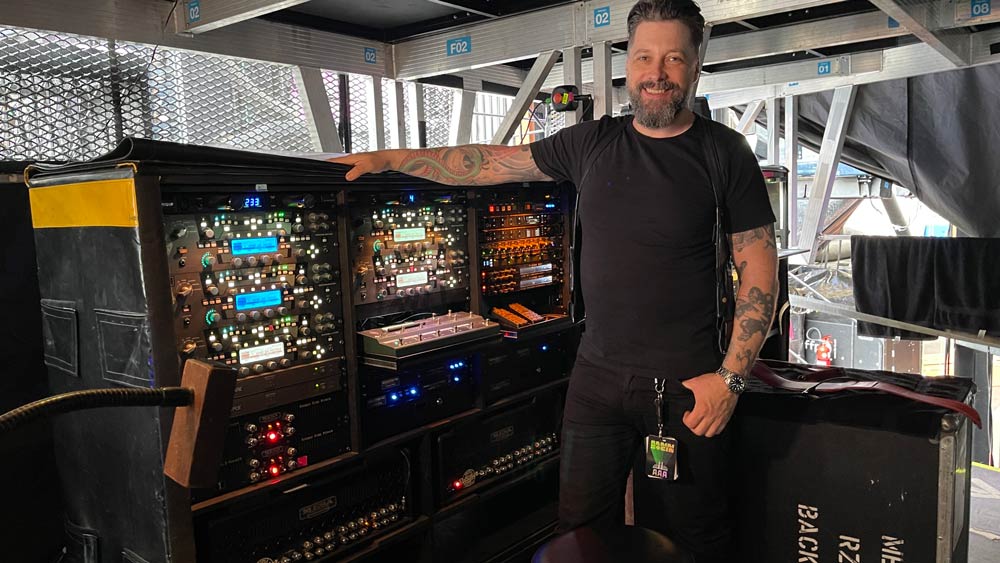 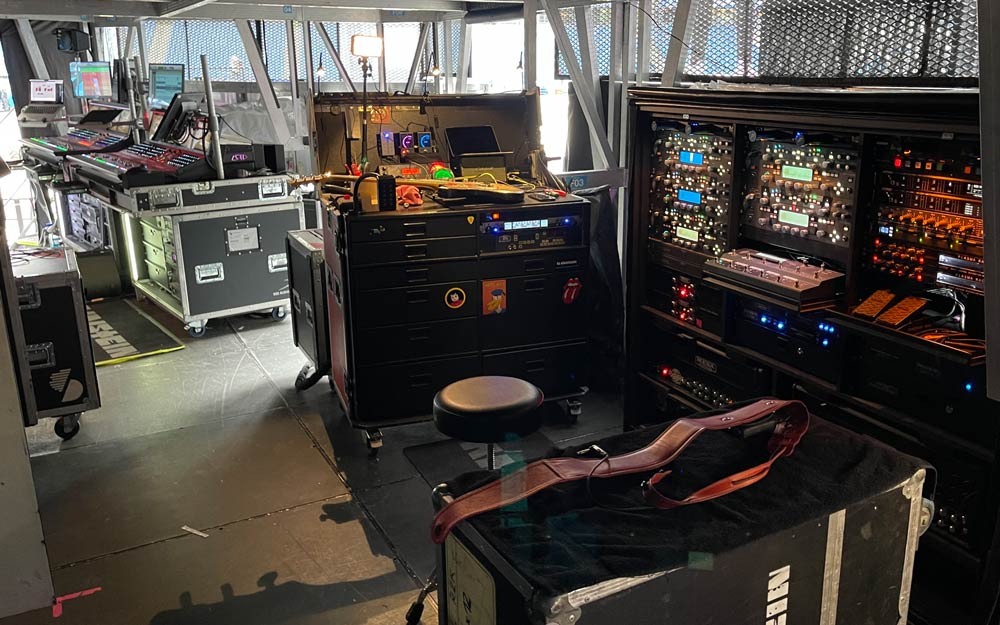 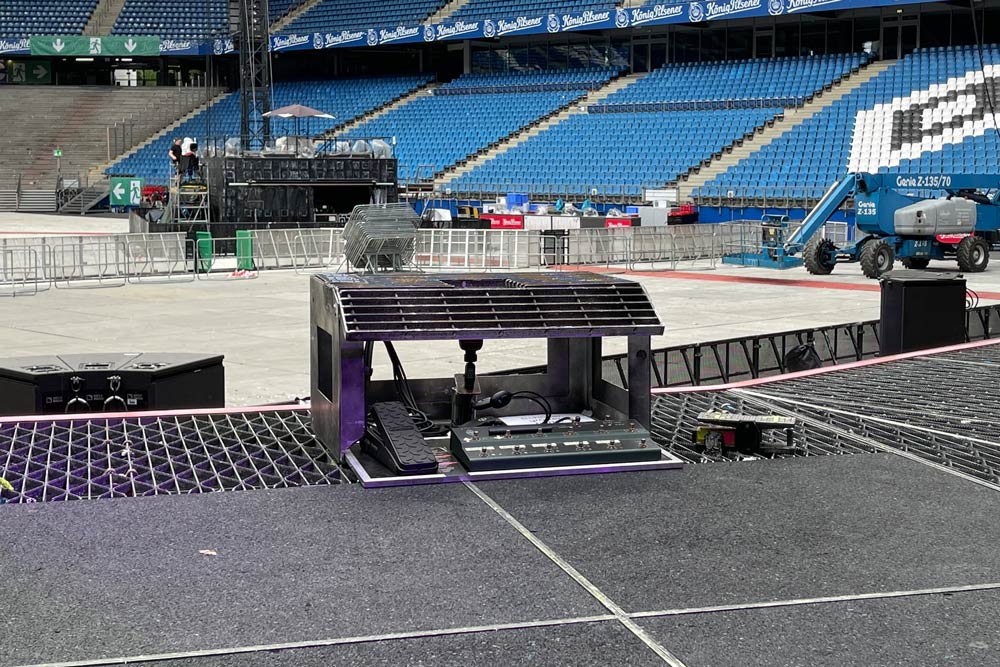 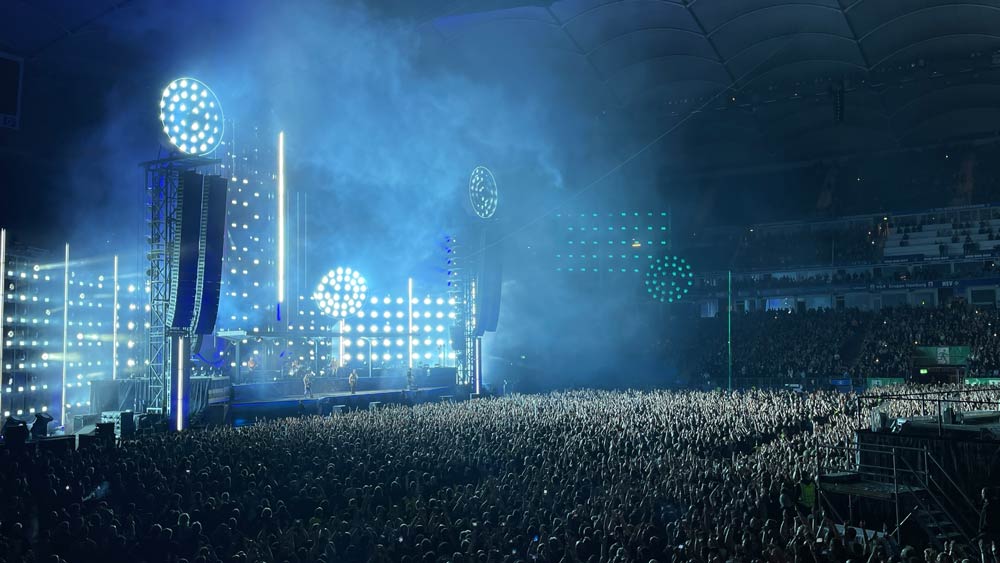 We had the honour to spend some pre-show time with Lutz Buch, RZK's Tech, at his office inside the massive metal Rammstein stage.
He takes care of all his guitars and created together with RZK the PROFILER-based live rig for the extraordinary Rammstein/ RZK Live guitar sound.

After the decision was made to change the entire monitor situation for Rammstein a couple of years ago they looked for a solution that would deliver a wide sound, not that typical, boxy "in the head" in-ear sound.

But still, getting that familiar and important "thump" from the guitars on stage should be possible. Meanwhile, the entire system should be reliable and the sonic results should be absolutely consistent.

As regards consistency micing up cabinets was out of the picture, the team decided to go with KEMPER PROFILERS.

Prior to the tour RZK, with the help of producer Sky van Hoff, profiled his favorite Rectifier and a selection of amps he uses in the studio. Based on these the edits and tweaks for the entire Tour Setlist were created and are now the basis for the dual PROFILER Stereo setup. 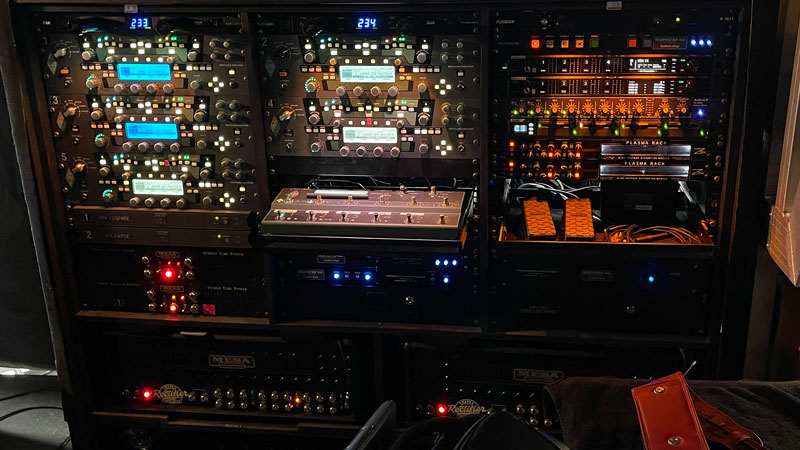 Two main PROFILERs, one for the left, the other one with a different amp setting for the right, feed FOH and also the monitor desk.

The switching of performances is handled via MIDI. The commands are sent from a synced computer.

To enhance the guitar sound sensation on the huge metal frame stage RZK is running 4 Mesa 4x12" cabinets hidden behind the metal grid stage back wall.

For this two more PROFILERs come into play.
They run basically as copies of the main FOH profilers and are also switched via MIDI.

Their settings are a bit edited to properly feed from their monitor outputs into a stereo Mesa 290 Power Amp which powers 2 of the cabs on stage.

A fifth PROFILER, also controlled via MIDI like the others, runs also the same Rigs. But here the Stack and the post Effects are switched off. So only the pre-Amp effects like Boosts, Wah, etc. are active. These run into two Rectifier amps that drive the other 2 cabs on stage.

This results in a healthy combination of full PROFILER rigs into the cabs and two full tube amps into the cabs catering for a massive live feel and sensation on stage as well as consistent guitar sound for FOH and in-ear monitoring.

The entire rig is switched via MiDi while Lutz and also RZK have access to PROFILER Remotes for Wah, Expression, and circumstantial switching.

Additionally, RZK now has the exact tones available with two PROFILER Heads backstage for warm-ups prior to the show.