Divide and Conquer - KEMPER take PROFILING to the next level

PROFILER OS 3.0 allows for separate PROFILING of amps and cabs and much more 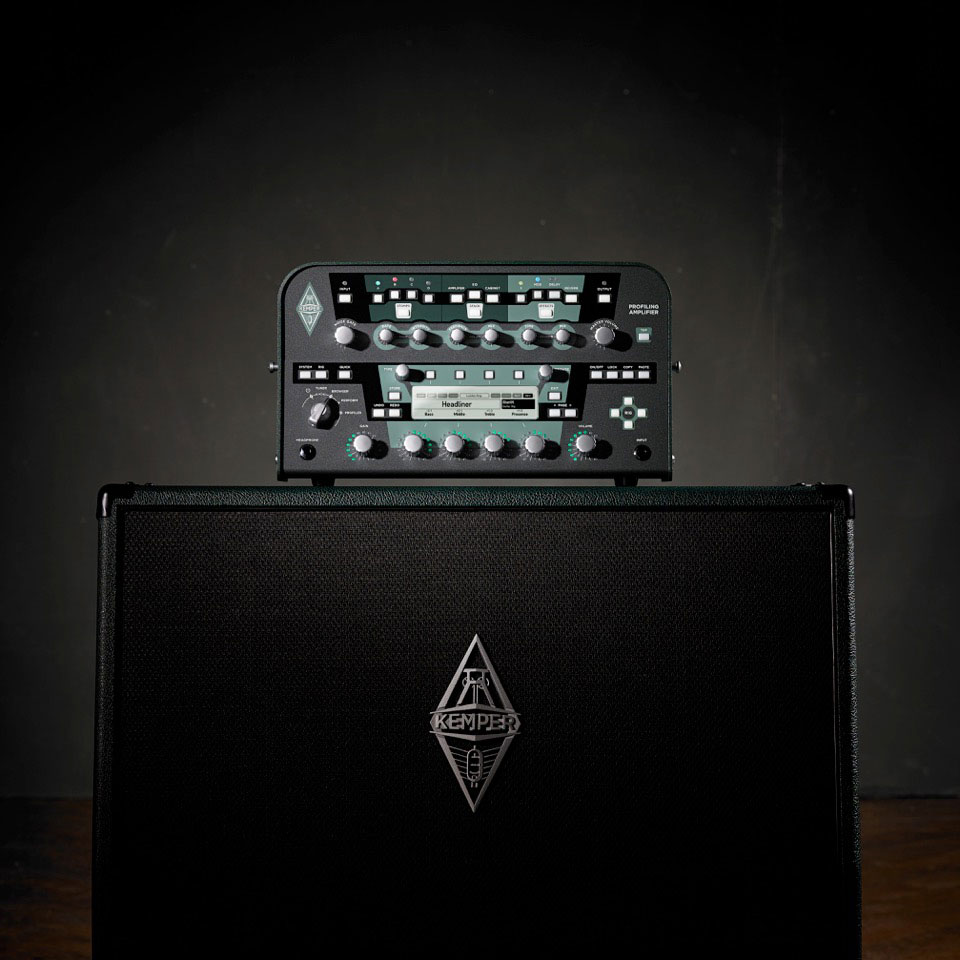 This opens up a whole new world of possibilities. Guitar players can profile their favorite amp sound and afterwards play thru a neutral power amp or the PROFILER’s built in Class D amp into a guitar cabinet with the exact tone and behavior of their original tube amp. It also allows for freely combining “Direct Amp Profiles” with individually profiled cabs or imported impulse responses. The result is a complete PROFILE™ that can run a physical guitar cabinet onstage for monitoring and simultaneously feed the virtual guitar-speaker sound to the main PA.
Furthermore the new OS supports the tight integration of the PROFILER Remote™ control pedal, featuring the smoothest preset switching available, a 30 second Looper and an incredible new Rig pack created in cooperation with producer legend Michael Wagener in Nashville, Michael Britt of Lonestar and with renowned PROFILE vendor The Amp Factory.

The new Rig packs contain a selection of “Merged Profiles”, created with the new direct PROFILING technology. KEMPER™ have spent some significant PROFILING time with studio legend Michael Wagener at his Nashville based Wireworld studios and have profiled everything from legendary preamps, amps and cabinets that have been used on numerous platinum selling records.

Michael Britt is the guitarist with the Nashville based platinum band Lonestar and has created a great collection of profiles which were already showcased by Pete Thorn in this awesome video:

The KEMPER PROFILING technology has already had an incredible impact in the guitarists’ community for being able to capture the sound and feel of the classic guitar rig: tube amp / cabinet / microphone. These profiles are called “Studio PROFILEs”.
Now with Direct PROFLING KEMPER have gone even further and are able to capture the sound of a tube-amp including its power-amp separately from the cab - even when the cabinet load is active. This works by tapping the sound exactly where it hits the speaker cabinet: The speaker output! As high voltage and high wattage are present, a dedicated DI is required. This specialized DI box is capable of scaling down the tube power amp voltage to a line-level signal, suitable for the PROFILER, on a XLR output jack. The high-power signal is forwarded to the speaker cabinet through a different output jack.
What is the purpose of this when the sound of the speaker will not be captured in the PROFILE? The purpose is to capture the amp including the complex impedance behavior of the speaker. This method captures those often discussed interactions between the power tube-amp and the connected speaker cabinet. When the Profile is played back through the Profiler’s built-in class D amp, or an external solid state power amp, it will recreate the same impedance situation to the connected speaker-cabinet. This is the key to making the built-in power-amp sound like a real tube power-amp.
The Direct Amp PROFILE can later be merged with the respective cabinet portion of a Studio PROFILE. Alternatively, Direct Amp PROFILEs can be paired with arbitrary cabinet impulse-responses, imported by our CabMaker 2.0 software. The result is a complete PROFILE that can run a physical guitar- cabinet onstage for monitoring, and simultaneously feed the virtual guitar-speaker sound to the main PA.