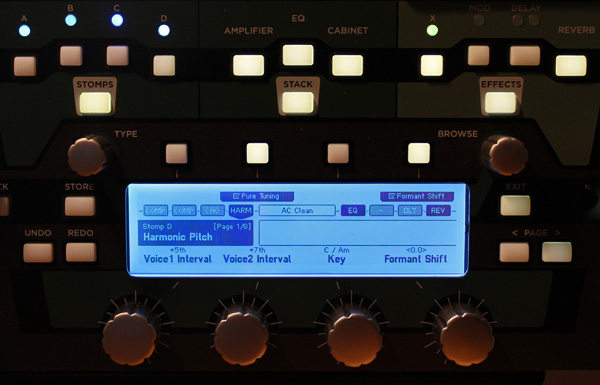 Recklinghausen / Ruhr Area, July 1st, 2013 (ictw) - The KEMPER PROFILER™ has taken the guitarists’ world by storm and rocks the world this summer on major festival stages. To mention just a few: UK’s best known alternative trio Biffy Clyro played Rock am Ring and the biggest venues in the UK. Muse have toured the biggest arenas in the world just like many others as well. Numerous records were and are produced with the KEMPER PROFILER. Right now Depeche Mode's Martin Gore plays two PROFILER Rack units during their Delta Machine arena tour: http://youtu.be/E4UzHxhsQ8Y

Guitarists quickly learned to love the PROFILER because of its authentic sound, now moving on with the brand new OS 2.0 the focus this time shifts towards effects and usability. The KEMPER™ company mothership looks already back on a 15 year legacy with the ACCESS VIRUS™, one of the most popular and comprehensive synthesizers on the market, acclaimed for its sound and incredible effects. This expertise is now transferred step by step to the PROFILER by offering world class effects especially designed for performing guitar players.

A collection of new polyphonic Pitch Shifting FX now extends the creative potential of the PROFILER. Easily on par with the industry standard in terms of sound quality the PROFILER in some areas even goes beyond what has been offered by even the most expensive pitch shifter devices on the market. With no compromise. For the first time a real time formant shifter for guitar is available in order to shape the character of the guitar and compensate for that unwanted „chipmunk effect“ when pitch shifting guitar sounds.
„Pure Tuning“ or „just“ tuning finally is an option that tunes the intervals in the „pure“ or „just“ manner. This results in great and smooth sounding chords created with the pitch shifter which have never been possible before. In two video tutorials Bill Ruppert explains the pitch shifting with pure tuning and what a difference the Formant Shifter makes:
http://youtu.be/P-UVt9fXaWs and http://youtu.be/3PWlQAJZGto

Additionally a lot for requests from the players of the KEMPER PROFILER have been implemented as new features which most likely will become a new standard. For example: When the Volume Pedal is put down to zero automatically the Tuner Mode is activated.
Performance mode? Performance Mode is a powerful tool that allows for organizing Rigs in ‘Performances’. A total of 125 Performances are available, each of which can hold up to five Rigs in one logical place. The typical use of a Performance would be storing the sounds dedicated to the intro, verse, chorus, bridge, and outro of a song, and switch between them using a foot controller.

KEMPER have been working with companies offering custom foot controllers or chip tunings for universal foot controllers in order to give choices to the KEMPER PROFILER users. Watch out for offerings from FAMC Liquid Foot, UnO4Kemper, and others.

Rig-a-lo-mania – A brandnew set of Rigs

A completely new The Amp Factory Rig Pack as well as pitch shifter rigs and presets have been added. Rig Pack 04 and Keith Merrow Signature Rigs are now included in OS 2.0. The KEMPER factory profiles are based on the following amplifiers:

All product names and company names are (registered) brand names or trademarks of each respective holders, and Kemper GmbH is not associated or affiliated with them. These product names are used solely for purpose of identifying the specific products that were used during profiling.